The excellence of the site for habitation is attested by evidence of successive occupations since the Archaic and Neo-American periods.  The town’s water is supplied by Old Faithful Spring, the same spring that earlier served San Lorenzo de la Santa Cruz Mission (1762-71), established by Franciscans monks for the Lipan Apaches who inhabited the region.  The mission was used by Franciscan monks to convert the Lipan Apache Native Americans to Catholicism. Following two unsuccessful attacks by the Comanches in 1767 and with little material support for the Spanish viceroy, the mission was closed in 1771. 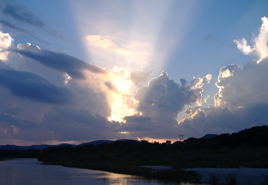 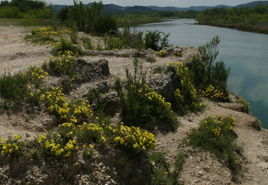 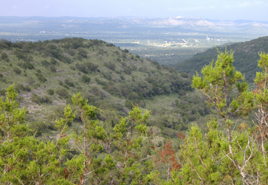 From the mid 1800’s the United States Army maintained an off and on presence at the old mission site until the start of the Civil War.  It was in May of 1857 that the site was named Camp Wood.  Under the command of Captain San Bruno Wallace, Company G with fifty-four enlisted soldiers departed Fort Duncan for the Nueces Canyon on May 14 on foot and in wagons.  On May 21 San Bruno found the remains of Mission San Lorenzo, sometimes called Mission El Canyon.  The missions low adobe wall and blockhouses still stood.  After scouting the area for another day, Wallace instructed his sergeants to make permanent camp around the old mission.  He called the place Camp G. W. F. Wood in honor of a colleague, Captain George W. F. Wood of the First Infantry, who had died three years prior.  It was May 23, 1857.

Occupation of the mission site did not cease with the withdrawal of federal troops at the start of the Civil War.  Edward D. Westfall moved to the site at this time and remained until 1874, raising cattle and serving as a scout for Confederate troops stationed there during the Civil War.  Jerusha Sánchez, a midwife in the Nueces Canyon, also reportedly came into the area in the early 1860s, and in 1864, the family of George Schwander was occupying the remains of the old mission when Lipans killed Mrs. Schwander and abducted their son, Albert.  The United States military and the Texas Rangers also briefly reoccupied Camp Wood in the second half of the nineteenth century.  In 1917-18, Joe Sweeten ran a store a mile north of the site of present Camp Wood on the Uvalde-Rocksprings road (Highway 55); the store served local ranchers and freighters who hauled goods between Rocksprings and Uvalde, and the store location was referred to as Real City.

In 1920, Camp Wood became the northern terminus of the Uvalde and Northern Railroad, and the town site was formally laid out.  As many as 2,100 cedar workers initially lived in tents, and during the 1920s, the settlement rapidly developed into a prosperous community.  The post office was established in November 1921, and the town was incorporated in 1936.  However, the depression and the depletion of the region’s cedar curtailed development.  The Uvalde and Northern RR ceased operation in 1941, and ranching, in particular the raising of Angora goats, replaced cedar as the principal industry, with tourism and hunting assuming increasing importance in the local economy.

In March 1924, Charles A. Lindbergh made an unplanned stop in Camp Wood, three years before his solo flight from New York to Paris.  Lindbergh, then waiting to enter Brooks Field at San Antonio as a United States Air Service cadet, was attempting to fly to California with a friend, Leon Klink, and followed the Uvalde and Northern railroad up the Nueces River, mistaking it for the Southern Pacific along the Rio Grande.  When the railroad line ended at the recently established cedar town of Camp Wood, Lindbergh, realizing his error, landed in a pasture to the north.  He flew back to Camp Wood and landed on the main street.  When he later attempted to depart Camp Wood, he hit a telephone pole with a wing, and crashed into the paint section of Warren Puett’s hardware store.  Lindbergh and Klink remained in Camp Wood for several days, awaiting parts and making repairs, and their visit and the circumstances surrounding it were still vividly recalled and related over half a century later. In 1976, Camp Wood renamed the city park and a street after Lindbergh and Klink respectively, and the state placed a historical marker celebrating the event.

Though population estimates for Camp Wood remained at 700 to 800 between 1920 and World War II, large amounts of local real estate were subsequently purchased by people who are drawn to the area for its natural beauty and who use the land for hunting or vacationing; meanwhile, large numbers of young people have left in search of greater opportunity. In 1990, the population was 595, and in 2000, it was 822.

The City of Camp Wood is 40 miles northwest of Uvalde, the next major city with medical facilities.  The county seat is located in Leakey, 21 miles to the east.